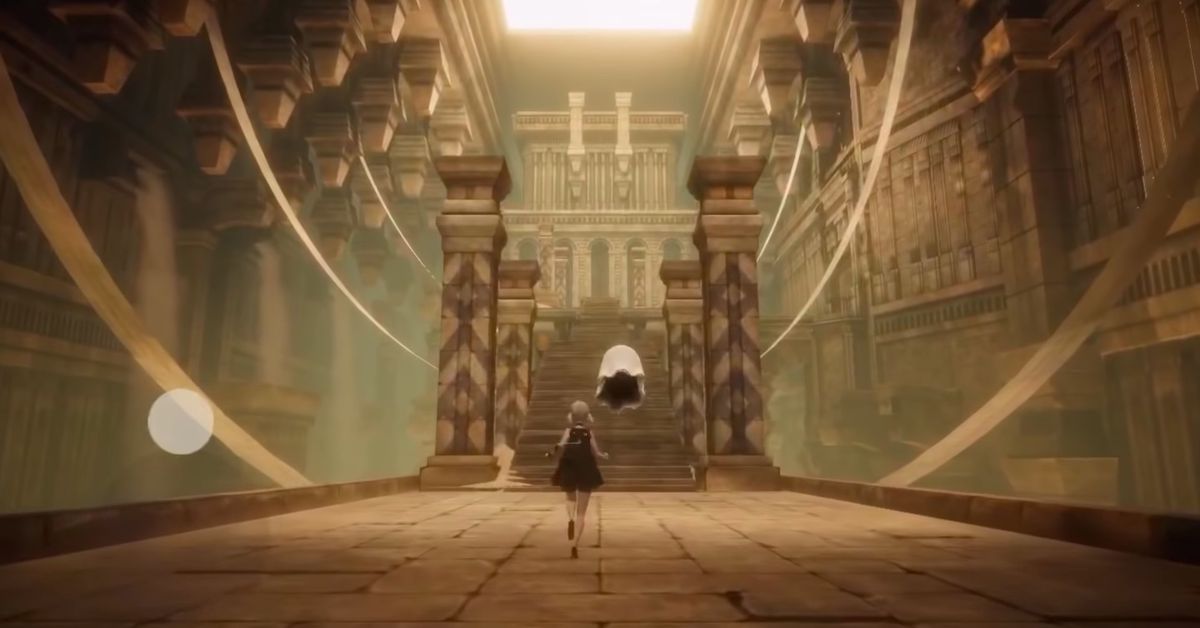 Square Enix revealed the first gameplay footage of Nier Reincarnation, the new Nier game for smartphones, this weekend, giving us a taste — one still shrouded in mystery — of the upcoming Android and iOS game.

The footage shows a young woman (or young android) running through a series of uninhabited ruins. She is joined by what appears to be a spirit or ghost (or maybe a Pod wearing a tiny sheet), and music reminiscent of Nier: Automata’s wistful soundtrack plays throughout. There’s admittedly not much to go on, other than the girl, her companion, and the virtual analog stick in the bottom left corner showing the player controlling her movement.

In addition to the mysterious mobile game, Square Enix is also re-releasing the original Nier Replicant for PlayStation 4, Windows PC via Steam, and Xbox One. The remaster of the 2010 game is called Nier Replicant ver. 1.22474487139.

Nier Reincarnation does not yet have a release date.